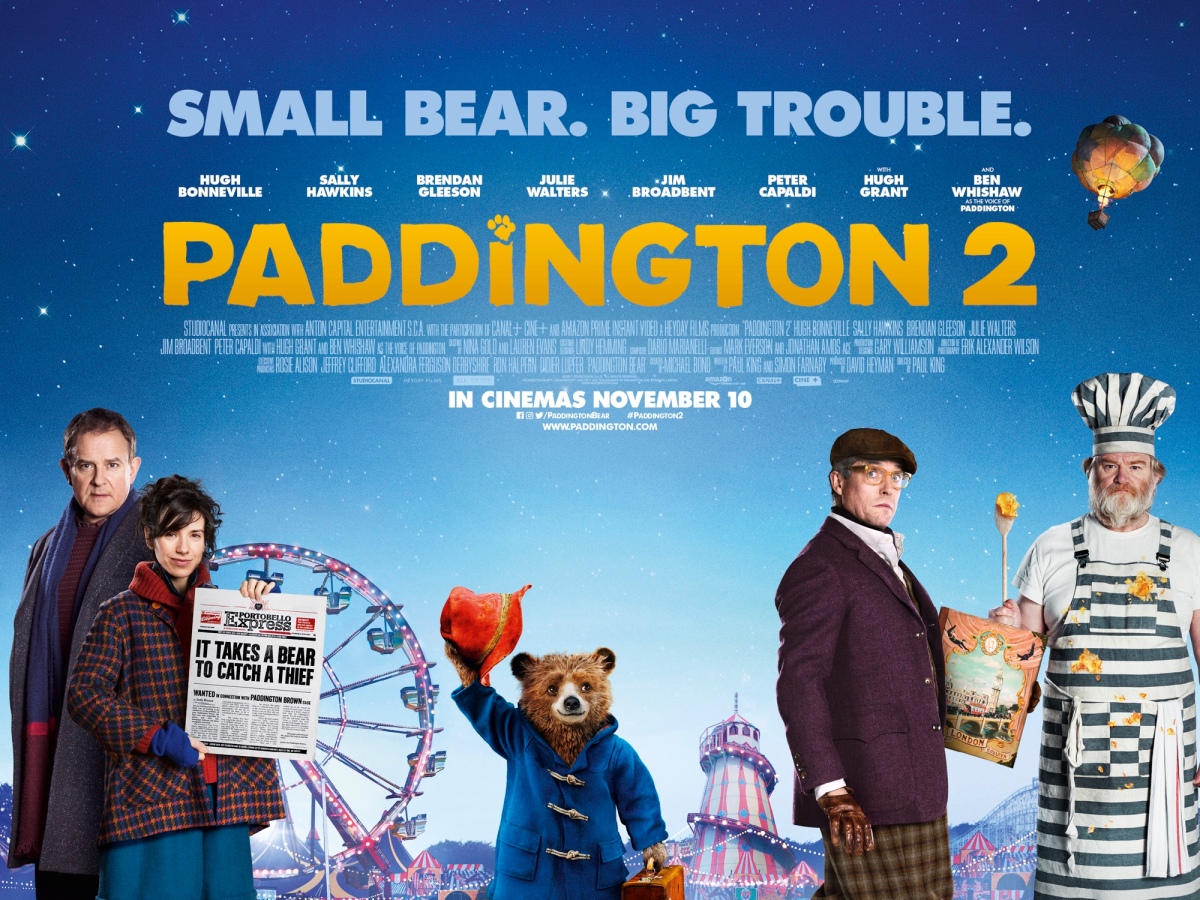 I’ll dollop on marmalade analogy early: this film is deliciously sweet, but with a gently tart edge, and if there were a cinematic equivalent of comfort food this would be it. But it would be unreasonably twee to spread it on too thick, given this is a film that wears charm on its sleeve, but never becomes sickly.

Once again voiced by the wonderful Ben Whishaw, Paddington is on a mission to buy a thoughtful birthday present – a unique book about London – for his Aunt Lucy (the voice of Imelda Staunton). This first requires getting a job (no mean feat for the delightfully naive little soul who seems to be a magnet for accidental trouble) but things take a turn for a elaborately worse when a thief gets his hands on the precious book and disappears in a puff of smoke – leaving Paddington to get the blame and the Brown family with the task of putting the clues together and clearing his name. 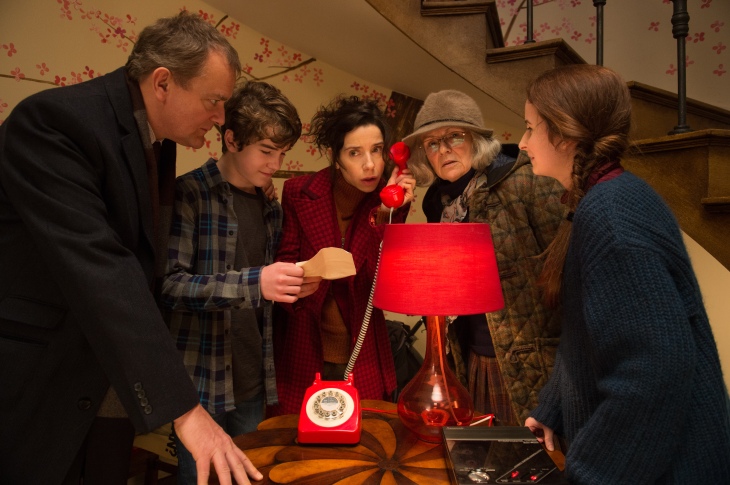 Hugh Grant dominates a stellar cast in what is probably his finest, and certainly most hilarious, role. He spares no flourish for a barnstorming performance as ageing showman – and master of disguise – Phoenix Buchanan, who is busily switching accents and wigs as he plots to get his hands on a hidden treasure that could radically change his fortunes now he’s reduced to dog food ads and local appearances. The bulk of the remaining laughs come from Brendan Gleeson’s menacing prison inmate, who forms an unlikely alliance with our fluffy friend while they’re both behind bars. It’s testament to the quality of the film that it’s packed with big names and brief cameos  – no monstrous egos on show besides Buchanan’s. Everything is just so perfectly judged, with a brilliant blend of slapstick humour – largely piled on the unfortunate head of Tom Conti’s grumpy judge – and witty asides mixed in with lots of loveliness as the residents of Windsor Gardens come to realise how much better life is with a marmalade-loving bear in the mix. Paul King and Simon Farnaby don’t spare the undertone, with a showdown between Henry Brown (Hugh Bonneville) and mean-spirited NIMBY-ite jobsworth Mr. Curry (Peter Capaldi) about welcoming in strangers providing a little bit of a bite for the adults in the audience.

With the world as it is right now, this is the charming, open-hearted comedy audiences of all ages need to see and be soothed by – one where we can believe that with enough faith in the power of human goodness, all can be made right.

Parents’ note: my rather sensitive 7yo really enjoyed this – a few belly laughs and she was genuinely moved at moments. It’s the kind of thing that tends to sweep kids of all ages along with it, but there’s nothing to alarm the youngest or more sensitive souls.

Tickets were kindly provided by ThinkJam PR on behalf of the production for us to see the film. Opinions are entirely my own, as ever. If you’ve seen the film or want to find out more, join Paddington on Facebook, Twitter and Instagram.