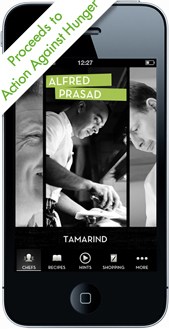 I’m really very excited, as my very first post for Great British Chefs has appeared on their blog today! Being me, I managed to combine social media and food in a post, asking about the future of food programming and the role of platforms like Twitter in developing the competition and campaigning side of things.

I consider myself extremely privileged to have now appeared on four sites I regularly enjoy reading (BitchBuzz, Bea Magazine, The F Word and now GBC), talking about all my favourite things.

And speaking of GBC, campaigning and privilege, have you downloaded the new Summertime app yet? You should, because it’s ace.  One of the things I really love about GBC apps is the emphasis on really beautiful design; I don’t think I’ve ever actually made anything from Feastive which is not a failing of the app’s, but entirely my own; still, I could look at it all day. Plus I think I’ve mentioned before – about four million times – what a Wareing fangirl I am, and his recipes appear on both. But what’s really special about Summertime, apart from its current relevance, is that it was developed in partnership with Ocado which has allowed GBC to donate all the proceeds to Action Against Hunger. It’s priced at £1.99, of which at least £1.20 goes to the charity. Just £36 can provide a month’s supply of therapeutic nutritional products (such as Plumpy’nut, for example) to nurse a severely malnourished child back to health. That’s maybe thirty app downloads – and of course there’s nothing stopping you heading to their website to donate too.

Food! Technology! Non-profits! Blogging! It’s a Christmassy day in August. And now I’m off to write a review of Brave for BitchBuzz, which means two more of my very favourite things in the world: reviews and Disney.